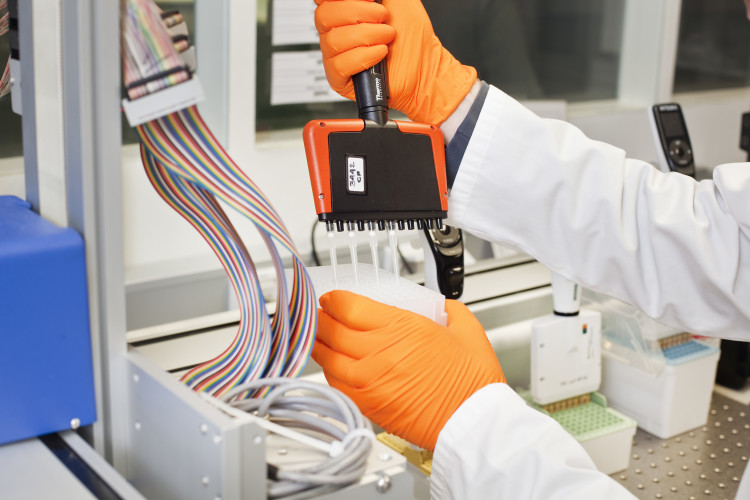 “We are happy with the progress made in our PINTA trial, with recruitment completed ahead of schedule, and look forward to learning more about GLPG1205 in IPF,” said Dr. Walid Abi-Saab, Chief Medical Officer at Galapagos. “We are strongly committed to the rapid development of our IPF portfolio, including the worldwide Phase 3 ISABELA program that we are executing with our collaboration partner Gilead, to address this important unmet medical need.”

About GLPG1205
GLPG1205, fully proprietary to Galapagos, is a small molecule selectively antagonizing GPR84. Galapagos identified the GPR84 target using its proprietary target discovery platform and developed GLPG1205 as an antagonist of this target. GLPG1205 showed promising results in relevant pre-clinical models for IPF, and there is growing evidence in scientific literature and in clinical research that GPR84 plays a role in this disease. GLPG1205 successfully completed several Phase 1 trials, showing favorable findings relating to tolerability and target engagement in healthy volunteers. GLPG1205 is an investigational drug and its efficacy and safety have not yet been established.

About IPF
IPF is a chronic, relentlessly progressive fibrotic disorder of the lungs that typically affects adults over the age of 40. There are approximately 250,000 patients with IPF in the U.S. and Europe. As such, IPF is considered a rare disease. The clinical prognosis of patients with IPF is poor as the median survival at diagnosis is 2 to 4 years. Currently, no medical therapies have been found to cure IPF. The current medical treatment strategy aims to slow the disease progression and improve the quality of life.

About the PINTA trial
PINTA is a randomized, double-blind, placebo-controlled Phase 2 trial investigating a 100 mg once-daily oral dose of GLPG1205. The drug candidate or placebo will be administered for 26 weeks in more than 60 IPF patients. Patients may remain on their local standard of care as background therapy, whether or not they were previously or currently are treated with Esbriet®1 (pirfenidone) and Ofev®2 (nintedanib). The primary objective of the trial is to assess the change from baseline in Forced Vital Capacity (FVC in mL) over 26 weeks compared to placebo. Secondary measures include safety, tolerability, pharmacokinetics and pharmacodynamics, time to major events, changes in functional exercise capacity, and quality of life. Patients in the PINTA trial were recruited in 9 countries in Europe and the Middle East.

About Galapagos
Galapagos (Euronext & NASDAQ: GLPG) discovers and develops small molecule medicines with novel modes of action, several of which show promising patient results and are currently in late-stage development in multiple diseases. Galapagos’ pipeline comprises Phase 3 through to discovery programs in inflammation, fibrosis, osteoarthritis and other indications. The Company’s ambition is to become a leading global biopharmaceutical company focused on the discovery, development and commercialization of innovative medicines.